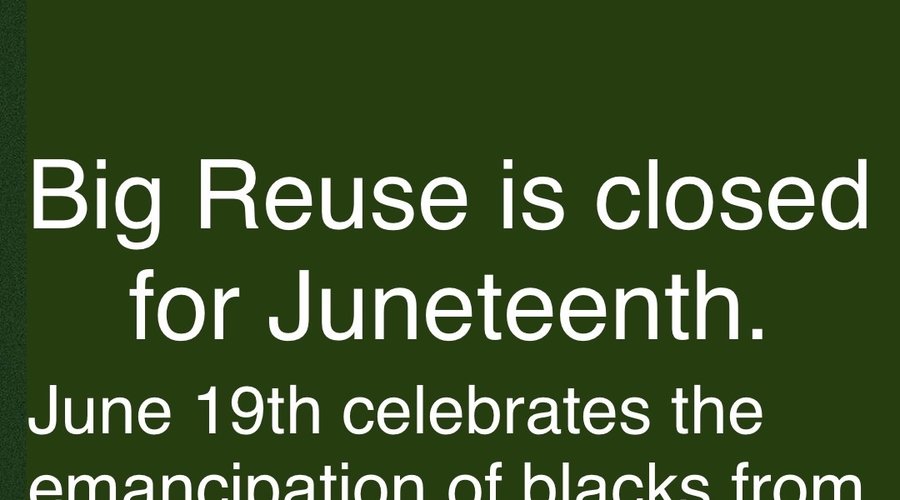 Big Reuse is closed in observation of Juneteenth - June 19th.

Juneteenth celebrates the emancipation of black people from slavery and ongoing stuggle for justice.  Juneteenth marks the day - June 19, 1865, of the final emancipation of all slaves in the Confederacy.  Although the Emancipation Proclamation was issued on January 1, 1863, it would take nearly two and a half years for Lincoln’s proclamation to be enforce in Texas when Union forces arrived.  Even then all enslaved people in US territories were not freed until passage of the 13th Amendment.

Big Reuse stands in solidarity with the Movement for Black Lives and with all New Yorkers protesting police brutality in our streets.

We need a new approach that brings accountability and it starts with NYPD's budget - that shares the difficult funding cuts that are hitting all city programs.  Currently we can see the lack of accountability from NYPD at protests and from NYPD leadership at City Council Hearings.